I did not truly live until the day I died.

Before that day I cared about very little and I had no plans or ambitions whatsoever. Looking back at my childhood, it makes sense. My parents aren’t bad people, they just have too many children to truly care. I am one of nine children. Add to that my parents had three children in quick succession after me. So not only was I the youngest one among six at first, soon I was an underfoot child with three younger siblings. I was a surprise, born when the youngest at the time was ten. Then a year after me they were surprised with twin boys. Once I was at the barest minimum of self sufficient I was primarily left to my own devices. I was not needed to tend the business and I was usually too young to care for the younger ones. Once I was old enough to care for them they were already caring for themselves.

This led to a girl who drifted through life. I watched more than anything. I became a quiet child. If you go long enough being ignored, you become tired of expending the effort. In my teenage years I often went days without talking, sometimes more than a week. I saw my mother only occasionally and my father even rarer. I do not blame them. On top of everything I was born only a handful of years before the Ten Black Days. They had a lot on their plate for much of my life. Once I was able I was rarely at home. I picked flowers and herbs often, placing them in a book as a collection or taking them to a woman who lived near the edge of town. She was a cranky old woman, but she would say the names of each plant I brought her, and I would write them down. But, mostly I kept to myself.

So, it was no surprise that as soon as it was an option, I joined in the war. I told myself, as well as friends I made who had joined for their various reasons, that it was merely for something to do. Looking back though, I think wanted to be a part of something.

Towards the very end of the war is when I fell. In the middle of the battle. There was no incredible fight between me and a foe. I was surrounded by enemies and friends, both sides in a chaotic skirmish. Which enemy made the finishing blow I know not, I know intimately where it struck and how it felt. I remember arching my back in agony as the blade pierced through the side of my armor. I remember oddly how I noticed the sky as I fell among countless bodies. It was a lovely sky. It made me angry, I remember that. The battle raged on without me, as I lay there. I know I stared at the sky shaking my head, telling myself that in any moment I would shake this off, get back up, and rejoin the battle. I am not sure how long I lay there in denial, dying, before I saw him. An older man suddenly appeared in my field of vision. My first thought was that someone had finally come to finish me off. Instead he knelt, and I felt him lift my head into his lap.

All the fear and rage that I never knew I had came out then. I yelled, I screamed, it wasn’t fair, what did I do to deserve this? He simply sat there at first. Or if he did speak then, I didn’t listen or hear him over my own fury. Eventually I looked up at him and finally saw him as my anger abated. Then I appealed to him, he had to do something. I would be a better person, I would care more. I would do whatever my family wanted of me and not ask anything in return. I do not recall all the pleading and attempted bargaining I did. Eventually I just cried and cried. He merely stroked my hair,

“It will be alright.”

As I lay there he murmured reassurances and gentle words. He called me by a name that wasn’t mine, but I felt the sentiment. When I finally quieted I looked up at him again. He was crying, the care and compassion in his face gave me hope. I knew then that I was taking my last breaths. A funny thing to realize. I smiled at them then,

When I awoke later, I was stunned. Why I was alive I had no idea, all I knew was that I was in the middle of Judgement, I looked at a hooded face and felt comforted and light. I wasn’t scared. When I woke, I was slightly disappointed. The man that held me sat by my side, my hand in his. The man, Bryce Ashton, had carried me to a priest who then brought me back. I do not know what he said to them, or what he did or give to bring me back. I do know we both went to a culthouse only days after, once I was able to walk, and joined the church of Kelemvor.

The church, and Bryce, have been my family for the last few years.

Before that though, on our way to Baldur’s gate I saw my reflection in a river. I looked the same, as I had before I died. I needed something to remind me, to center myself on my calling. As I went back to the camp, these thoughts in my head, my eyes fell on the ashes around the fire. I reached in, took a handful, and meticulously ran the ash through my hair. It gave my pale blonde hair a grayish hue, somewhat like age would naturally do. I see it as a remembrance. My days are borrowed, my Judgement merely postponed. 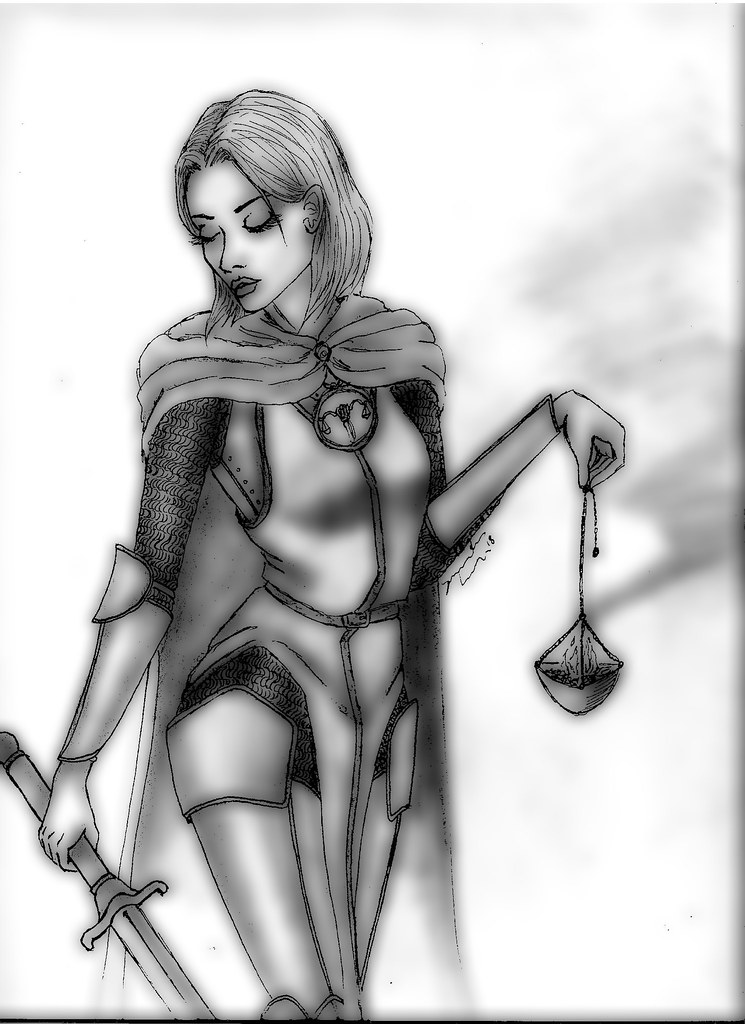 Liked it? Take a second to support TethyrKnights.com on Patreon!

View all posts by: Aliirielle